was founded in May of 1948 by Thomas C. & Harriet J. Gallent as a rental, paint and wallpaper store. Gene Gallant started helping his father at the age of 8, Eventually, he begain repairing rental equipment and later took in mowers and chainsaws to repair. Gene was joined in 1958 by his wife Georgia who at the time barely new what a small engine was. In 1977, the third generation of Gallant started as a sweeper and doer of odd jobs. Gene Gallant is now a Master Technician and is well qualified to repair most makes of mowers, trimmers and chainsaws. Georgia heads up one of the largest parts departments in the area, serving over 43 manufacturers. 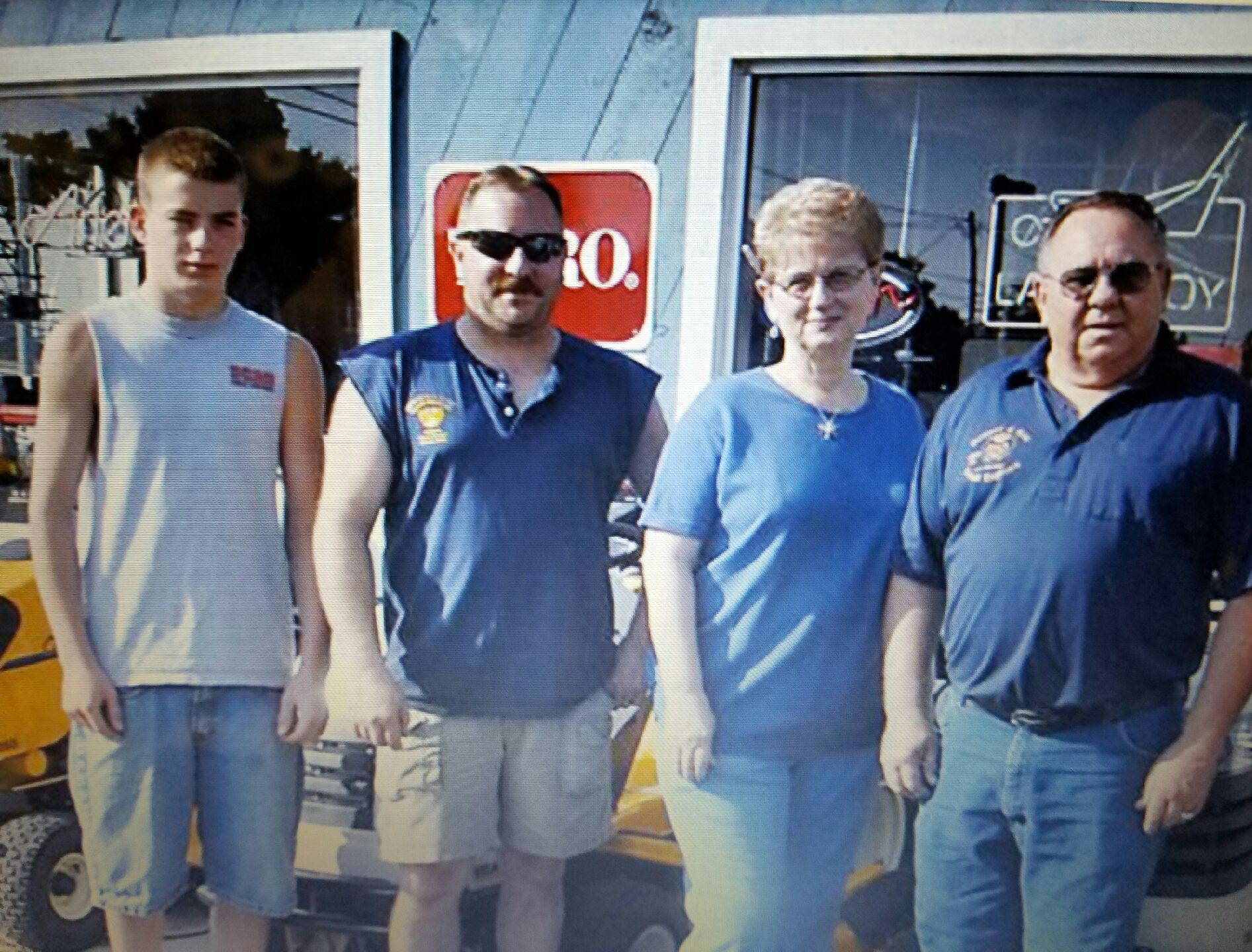 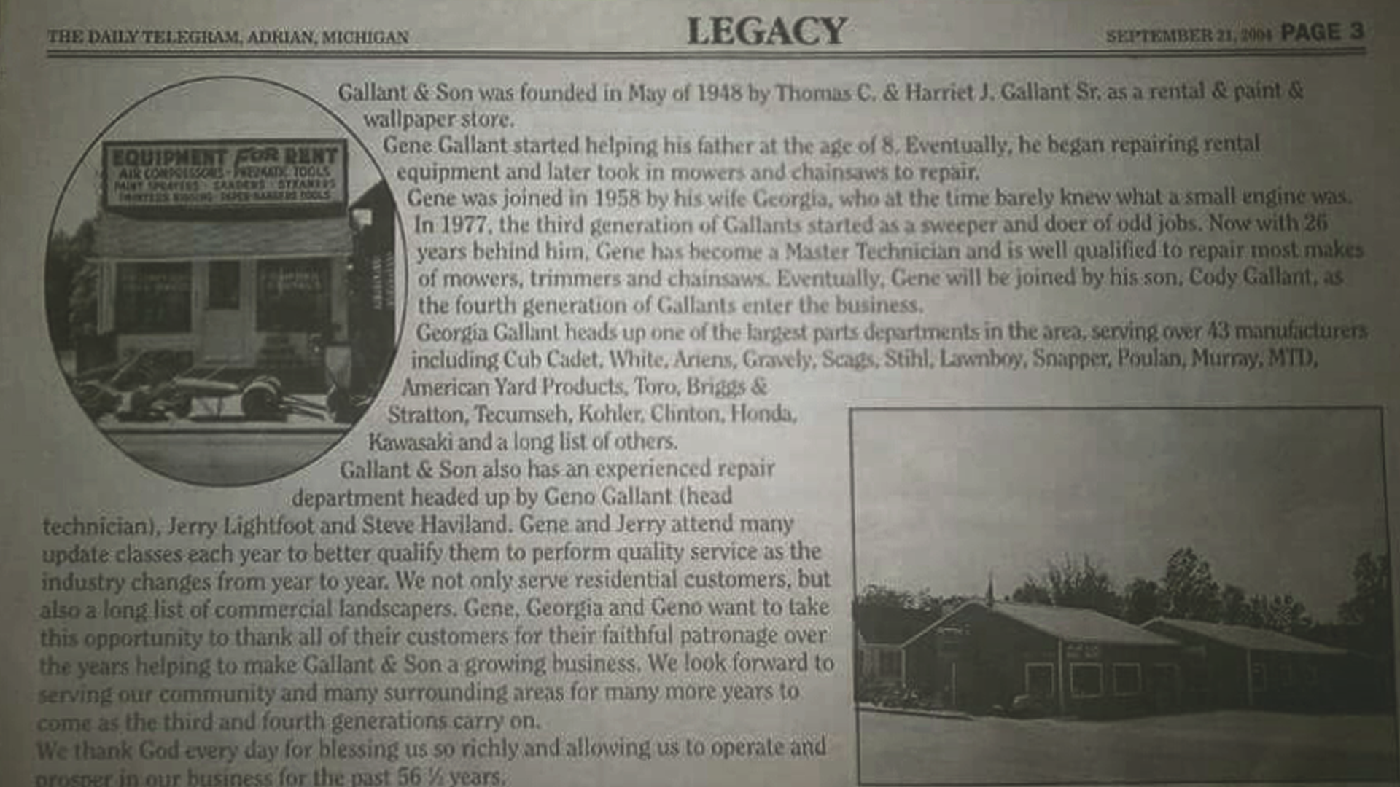 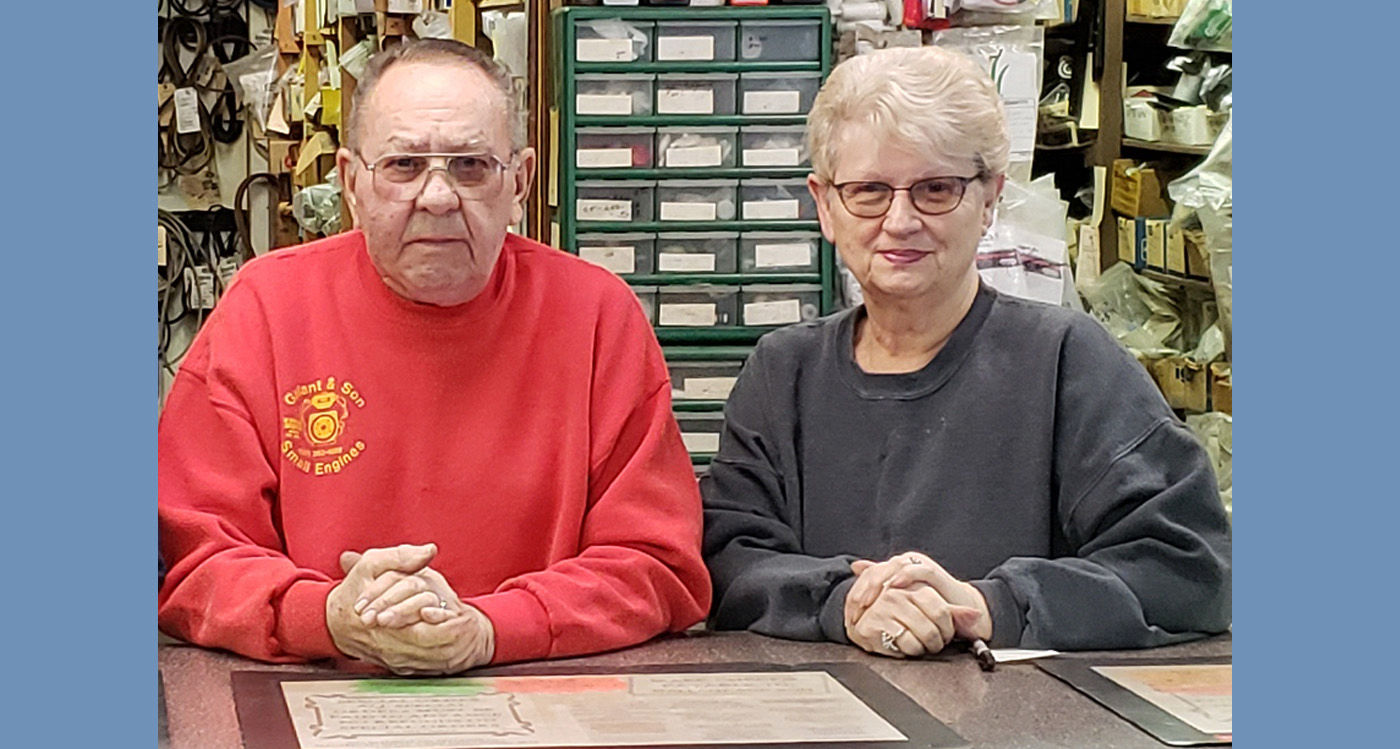